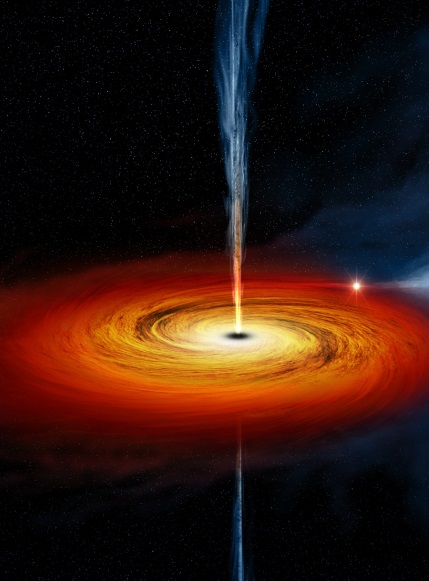 ‘Linga’ comes from Sanskrit meaning ‘mark’ or ‘symbol’, and the lingam is Shiva’s most recognized symbol. The Shiva Linga prominently displays the upright cylinder with the rounded head, called the Shiva-Pitha. The other, less prominent parts are the Brahma-Pitha (circular base) and the Vishnu-Pitha (bowl-like pedestal in the middle).

Though there are countless lingas in many sizes, dimensions, and of various materials, the most sacred are the jyotir lingas (jyoti = ‘light’) or ‘radiant symbols’. The mythology behind jyotirlinga (or Dwadash Jyotirlingas) recounts that Brahma and Vishnu were arguing about which of them was more powerful.  Then Shiva appeared as a colossal pillar of light (jyotilinga).  Vishnu travelled up the linga of light while Brahma journeyed down the linga, each hoping to find the respective end.  Neither was able to do so, the pillar of light extended indefinitely, thus a symbol for the Divine.

Jyotirlinga temples are the twelve sacred sites where Lord Shiva has manifested as a column of light on earth. Devotees perform yatras at these 12 tirtha sites and the puranas state that even reciting the names of these jyotirlingas will help release from the cycle of death and life.  These 12 jyortirlingas are:

Benefits and Limitations of Jyotirlinga Temples

Intrinsic to the jyotir lingas is our deep need for direction and enlightenment (light).  Therefore, many undertake tirtha-pilgrimages to these 12 jyotirlinga Temples for blessings and to have their darkness within removed.  But the Divine Light at Jyotirlingas can only be seen by those reaching a higher level of spiritual attainment.

So what if we have not reached that level of spirituality? Or if it has been a long time since we were last at jyotirlinga and that vision of divine light has faded?  If we have accrued many sins since then?  If we have not been able to make the pilgrimages?  How then can the jyotir lingas benefit us? Or put another way, how can this Light remain in us, so we can become ‘children’ of Light?

Jesus: Jyoti giving Jyoti for All

Jesus declared that he was Light (jyoti), not only manifested at a Holy Tirtha, but for the world so all could see and become ‘children of light’.  The form/symbol/mark for Shiva is a rounded cylinder, reminding us of that manifestation experienced by Brahma and Vishnu.  Jesus used a linga (form/symbol/mark) of ‘seed’ as he taught about jyoti.

How did he use ‘seed’ as linga?

We followed his kar sevak mission raising Lazarus from death and Jerusalem entry on the day predicted long beforehand by sacred ‘sevens’, learning that he was going to defeat Death itself.  Now we continue following events this same day (Palm Sunday).  Jews had been arriving from many countries for the upcoming Passover festival, crowding Jerusalem with pilgrims. Jesus’ arrival on a donkey had caused a stir among the Jews.  But the Gospel records others who also took note.

20 Now there were some Greeks among those who went up to worship at the festival. 21 They came to Philip, who was from Bethsaida in Galilee, with a request. “Sir,” they said, “we would like to see Jesus.” 22 Philip went to tell Andrew; Andrew and Philip in turn told Jesus.

The Greek-Jew Barrier in Jesus’ time

It was unheard of for Greeks (non-Jews) to celebrate a Jewish festival.  The Jews considered Greeks and Romans unclean back then.  Greeks considered the Jewish religion with their unseen God and its festivals to be foolishness. So Jews and non-Jews stayed apart from each other with some feelings of hostility.

The Joyti coming for all Nations

But Isaiah long ago (750 BCE) had foreseen a change.

Listen to me, you islands;
hear this, you distant nations:
Before I was born the Lord called me;
from my mother’s womb he has spoken my name…

And now the Lord says—
he who formed me in the womb to be his servant
to bring Jacob back to him
and gather Israel to himself,
for I am honored in the eyes of the Lord
and my God has been my strength—
6 he says:
“It is too small a thing for you to be my servant
to restore the tribes of Jacob
and bring back those of Israel I have kept.
I will also make you a light for the Gentiles,
that my salvation may reach to the ends of the earth.”

Isaiah had foretold that the coming ‘servant’ of the Lord, though Jewish (‘tribes of Jacob’), would be a ‘light for the Gentiles’ (non-Jews) too, with his light reaching to the ends of the earth.  But how could this happen with this barrier between Jews and Gentiles standing these hundreds of years?

Palm Sunday: The Joyti for all Peoples has come

23 Jesus replied, “The hour has come for the Son of Man to be glorified. 24 Very truly I tell you, unless a kernel of wheat falls to the ground and dies, it remains only a single seed. But if it dies, it produces many seeds. 25 Anyone who loves their life will lose it, while anyone who hates their life in this world will keep it for eternal life. 26 Whoever serves me must follow me; and where I am, my servant also will be. My Father will honor the one who serves me.

27 “Now my soul is troubled, and what shall I say? ‘Father, save me from this hour’? No, it was for this very reason I came to this hour. 28 Father, glorify your name!”

Then a voice came from heaven, “I have glorified it, and will glorify it again.” 29 The crowd that was there and heard it said it had thundered; others said an angel had spoken to him.

30 Jesus said, “This voice was for your benefit, not mine. 31 Now is the time for judgment on this world; now the prince of this world will be driven out. 32 And I, when I am lifted up from the earth, will draw all people to myself.” 33 He said this to show the kind of death he was going to die.

34 The crowd spoke up, “We have heard from the Law that the Messiah will remain forever, so how can you say, ‘The Son of Man must be lifted up’? Who is this ‘Son of Man’?”

Belief and Unbelief Among the Jews

37 Even after Jesus had performed so many signs in their presence, they still would not believe in him. 38 This was to fulfill the word of Isaiah the prophet:

“Lord, who has believed our message
and to whom has the arm of the Lord been revealed?”

39 For this reason they could not believe, because, as Isaiah says elsewhere:

41 Isaiah said this because he saw Jesus’ glory and spoke about him.

42 Yet at the same time many even among the leaders believed in him. But because of the Pharisees they would not openly acknowledge their faith for fear they would be put out of the synagogue; 43 for they loved human praise more than praise from God.

47 “If anyone hears my words but does not keep them, I do not judge that person. For I did not come to judge the world, but to save the world. 48 There is a judge for the one who rejects me and does not accept my words; the very words I have spoken will condemn them at the last day. 49 For I did not speak on my own, but the Father who sent me commanded me to say all that I have spoken. 50 I know that his command leads to eternal life. So whatever I say is just what the Father has told me to say.”

Jesus was eager to receive the Greeks, and foresaw this as the beginning for ‘all people’ (not just Jews) to see the Light.  Even those without higher levels of spiritual attainment, those burdened by sin, and blinded by maya could approach His Light because he had ‘come into the world as a light’ (v.46), a jyoti foretold to shine on all nations. Those looking at him will ‘see the one who sent him’ (v.45) – they would see the manifestation of Divine.

Jesus said some things hard to understand.  The symbol, or linga, that he used for himself was ‘seed’ (v24).  Why that symbol?  It seems small and insignificant compared to the beam of Light from Shiva’s jyotirlinga.  He spoke of being ‘lifted up’ which the Gospel explains was his coming death on the cross.  How would dieing bring about the defeat of death?  In all previous encounters between gods and asuras, the gods always defeated their opponents by battle victory, not by dieing.

Understanding the Light of Passion Week

To understand we need to follow him through this week.  He set in motion events through that week, often called Passion Week, which changed the history of the world.  These daily events recorded in the gospel were patterned after many prophecies, even going back to the Creation of the world.  He was revealing that the One who created in the beginning was the same who had just declared himself as Jyoti.

We follow these daily events by building a timeline going through each day of Passion Week.

That first day of the week, Palm Sunday, he fulfilled three different prophecies from three prophets. First, he entered Jerusalem on a donkey as prophesied by Zechariah.  Second, he did so in the time prophesied by Daniel.  Third, he started to light up interest among the Gentiles, which Isaiah had foretold would brighten to light up all nations, enlightening all peoples around the world.

We see next how he shuts down earth’s richest temple on Day 2.