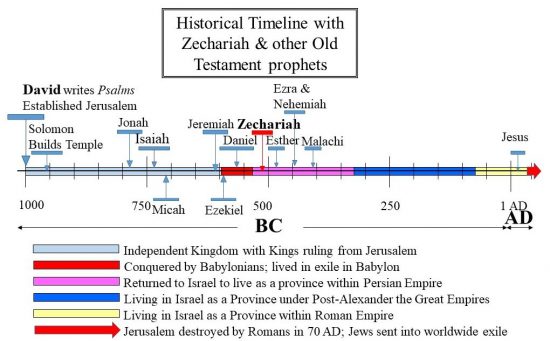 The Vishnu Purana tells of King Vena.  Though Vena began as a good king, because of corrupt influences he became so evil that he outlawed sacrifices and prayers.  He even claimed that he was superior to Vishnu.  The sages and Brahmins/priests tried to reason with him, saying that as king he should be teaching and setting an example for proper dharma, not undermining it.  However Vena would not listen.  So the priests, desperate to restore dharma and since they could not convince him to repent, killed him to rid the kingdom of the evil he had become.

That left the kingdom without a ruler.  So the priests rubbed the king’s right hand and a noble person emerged, named Prithu/Pruthu.  Prithu was designated Vena’s successor.  Everyone was jubilant that such a moral person was to become king and even Brahma appeared for Prithu’s coronation ceremonies.  The Kingdom entered a golden age during Prithu’s reign.

This illustrates the similar dilemma faced by Hebrew sages Isaiah and Jeremiah.  They had seen the Kings of Israel, initially noble and following the dharma of the Ten Commandments, become corrupt.  They prophesied that the dynasty would fall, as a tree cut down.  But they also prophesied of a future noble king, a branch that would shoot up from the stump of the fallen tree.

The story of Vena also illustrates the clear separation of role between priests and kings.  When King Vena was removed by the priests they could not take up rule since that was not their right.  This same separation of role between king and priest was also in force in the time of Isaiah and Jeremiah.  The difference in these stories is that Prithu was named after his birth, whereas we will see how the Hebrew sages named the coming noble king hundreds of years before his birth.

Isaiah first wrote of the coming Branch.  A ‘he’ from the fallen dynasty of David, possessing wisdom and power was coming.  Jeremiah followed by stating that this Branch would be known as the LORD – the Hebrew name for Creator God, and would be our righteousness.

The sage Zechariah lived 520 BCE, when Jews began returning to Jerusalem from their first exile.  Upon their return, they started rebuilding their destroyed temple.  The High Priest at that time was named Joshua, and he was re-starting the work of Temple priests. Zechariah, the Rishi-prophet, partnered with Joshua, the High Priest, in leading the returning Jewish people. Here is what God – through Zechariah – said about this Joshua:

‘”Listen O High Priest Joshua and your associates seated before you, who are men symbolic of things to come: I am going to bring my servant the Branch.” …, says the LORD Almighty, “and I will remove the sin of this land in a single day”.’ (Zechariah 3:8-9)

The Branch!  Started by Isaiah 200 years before, continued by Jeremiah 60 years earlier, Zechariah carries on further with ‘The Branch’ even though the Royal dynasty was now cut down.  Like a banyan tree this Branch has continued by propagating roots from a dead stump.  The Branch is now called ‘my servant’ – the servant of God.  In some way the High Priest Joshua in Jerusalem at 520BCE, colleague of Zechariah, was symbolic of this coming Branch.

How would the sins be removed by the LORD ‘in a single day’?

The Branch: Uniting Priest and King

To understand we need to know that the roles of Priest and King were strictly separated in the Hebrew Vedas. None of the Kings could be priests, and the priests could not be kings. The role of the priest was to mediate between God and man by offering sacrifices to God and the responsibility of the King was to rule with justice from the throne. Both were crucial; both were distinct. Yet Zechariah wrote that in the future:

‘The word of the LORD came to me: “…Take the silver and gold and make a crown, and set it on the head of the high priest Joshua. Tell him this is what the LORD Almighty says, ‘Here is the man whose name is the Branch, and he will branch out from his place and build the temple of the LORD… and will sit and rule on his throne. And he will be a priest on his throne. And there will be harmony between the two’’ (Zechariah 6:9-13)

Against previous precedent, the high priest in Zechariah’s day (Joshua) was to put on the king’s crown symbolically as the Branch. (Remember Joshua was ‘symbolic of things to come’).  Joshua, the High Priest, in putting on the kingly crown, foresaw a future uniting of the King and Priest into one person – a priest on the King’s throne.  Furthermore, Zechariah wrote that ‘Joshua’ was the name of the Branch. What did that mean?

The names ‘Joshua’ and ‘Jesus’

We need to know some history of Bible translation. The original Hebrew Vedas were translated into Greek in 250 BCE, and called the Septuagint or LXX.  Still widely read, we saw how ‘Christ’ was first used in the LXX and here we follow that same analysis for ‘Joshua’.

Jesus was called Yhowshuwa when spoken to in Hebrew, but in the Greek New Testament his name was written as ‘Iesous’ – exactly as the Greek Old Testament LXX wrote that name. When the New Testament is translated from Greek to English (#2 => #3) ‘Iesous’ is transliterated to the familiar ‘Jesus’.  So the name ‘Jesus’ = ‘Joshua’, with ‘Jesus’ going through an intermediate Greek step, and ‘Joshua’ coming directly from the Hebrew.

In summary, both Jesus of Nazareth, and Joshua the High Priest of 520BCE had the same name, being called ‘Yhowshuwa’ in their native Hebrew. In Greek, both were called ‘Iesous’.

Jesus of Nazareth is the Branch

Now Zechariah’s prophecy makes sense. The prediction, made 520 BCE, was that the name of the coming Branch would be ‘Jesus’, pointing directly to Jesus of Nazareth.

Jesus comes ‘from the stump of Jesse’ since Jesse and David were his ancestors. Jesus possessed wisdom and understanding to a degree that sets him apart.  His shrewdness, poise and insight continue to impress both critics and followers.  His power through miracles in the gospels is undeniable. One may choose not to believe them; but one cannot ignore them.  Jesus fits the quality of possessing exceptional wisdom and power that Isaiah predicted would one day come from this Branch.

Now think of the life of Jesus of Nazareth. He certainly claimed to be a king – The King in fact. This is what ‘Christ‘ means.  But what he did while on earth was actually priestly. The priest offered acceptable sacrifices on behalf of the people.  The death of Jesus was significant in that, it also, was an offering to God, on our behalf. His death atones for the sin and guilt of any person. The sins of the land were literally removed ‘in a single day’ as Zechariah had predicted – the day Jesus died and paid for all sins. In his death he fulfilled all the requirements as Priest, even as he is mostly known as ‘The Christ’/King.  In his resurrection, he showed his power and authority over death.  He brought the two roles together. The Branch, the one that David long ago called the ‘Christ’, is the Priest-King.  And his name was predicted 500 years before his birth by Zechariah.

In his day, as today, Jesus had critics questioning his authority.  His answer was to point to the prophets that came before, claiming that they foresaw his life.  Here is one example where Jesus said to those opposing him:

… These are the very Scriptures that testify about me… (John 5:39)

Let’s summarize what the Hebrew prophets have predicted thus far.  Jesus’ coming was hinted at the beginning of human history.  Then Abraham foretold the location where Jesus was to be sacrificed while the Passover foretold the day of the year.  We saw that Psalm 2 was where the title ‘Christ’ was used foretell a coming King.  We have just seen that his lineage, priestly career, and name were predicted.  Can you think of anyone else in all of history whose life was even as remotely predicted as Jesus of Nazareth’s was by so many prophets?

Conclusion: Tree of Life offered to all

The image of an immortal and sustaining tree, like a banyan tree, continues to the very last chapter of the Bible, again foreseeing into the future, the next universe, with a ‘river of water of life’ where

On each side of the river stood the tree of life, bearing twelve crops of fruit, yielding its fruit every month. And the leaves of the tree are for the healing of the nations. (Revelation 22:2)

Peoples of all nations – including you – are invited to experience both deliverance from death and richness of the Tree of Life – a truly immortal banyan tree.  But the Hebrew prophets prophesy how this would first require that the Branch be ‘cut off’, as we see next.