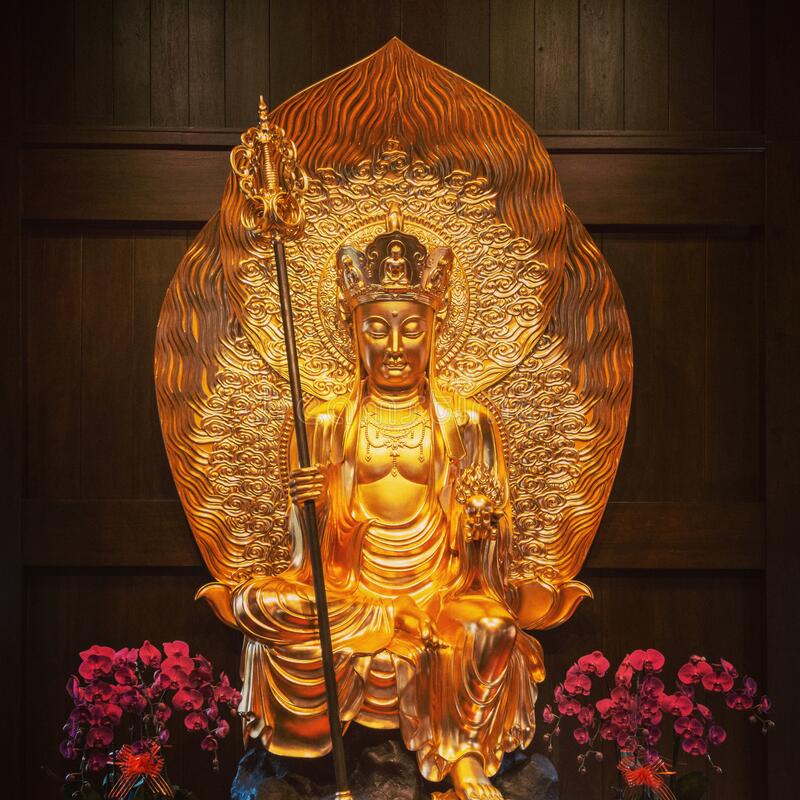 After verses 3&4 Purusasukta changes its focus from the qualities of Purusa to focus on the sacrifice of Purusa.  It does so in the following way.  (The sanskrit transliterations, and many of my thoughts on the Purusasukta, have come from studying the book Christ in the Ancient Vedas by Joseph Padinjarekara (346 pp. 2007))

Though not all is immediately clear, what is clear is that the focus is about the sacrifice of Purusa.  The ancient vedic commentator Sayanacharya had this remark:

Verses 8-9 begin with the phrase “Tasmadyajnatsarvahutah…” which means that in his sacrifice Purusa offered all that he had – he held nothing back.  This demonstrated the love that Purusa had in the giving of his sacrifice.  It is only with love that we can give ourselves fully to others and hold nothing back.  As Yeshu Satsang (Jesus Christ) said in Veda Pusthakam (Bible)

Yeshu Satsang (Jesus Christ) said this to his disciples as he was willingly about to submit himself to the sacrifice of going to the cross.  Is there a connection between the sacrifice of Purusa and that of Yeshu Satsang?  Verse 5 of Purusasukta (which we have skipped thus far) offers a clue – but the clue is mysterious.  Here is verse 5

According to Purusasukta, Purusa was sacrificed at the beginning of time and it resulted in the creation of the universe.  Thus this sacrifice could not be performed on earth because the sacrifice was what brought the earth forth.  Verse 13 clearly shows this creation resulting from the sacrifice of Purusa.  It says

IIt is in the deeper understanding of the Veda Pusthakam (Bible) that it all becomes clear.  We see this in the writings of the Rsis (prophet) Micah.  He lived about 750 BC and though he lived 750 years before the coming of Jesus Christ (Yeshu Satsang) he foresaw his coming by noting the city where he would be born.  He wrote

“But you, Bethlehem Ephrathah,
though you are small among the clans of Judah,
out of you will come for me
one who will be ruler over Israel,
whose origins are from of old,
from days of eternity. (Micah 5:2)

Micah predicted that the ruler (or Christ) would come out of the town of Bethlehem.  750 years later Jesus Christ (Yeshu Satsang) was born in this town in fulfillment of this vision.  Seekers after truth usually focus their wonder on this aspect of Micah’s vision.  However, it is the description of the origins of this coming one that I want to draw our attention to just now.  Micah predicts the future coming, but he says that the origins of this coming one are deep in the past.  His ‘origins are from of old’.  The origins of this coming one predate his appearing on earth!  How far back does the ‘… of old’ go?  It goes to the ‘days of eternity’.  Other sayings of True Knowledge in the Veda Pusthakam (Bible) clarify it further.  In Colossians 1:15 the Rsi Paul (who wrote about 50 AD) declared about Yeshu (Jesus) that:

He is the image of the invisible God, the firstborn over all creation. (Colossians 1:15)

Yeshu is declared to be the ‘image of the invisible God’ and the ‘firstborn over all creation’.  In other words, though Yeshu’s incarnation was at a precise time in history (4 BC – 33 AD), he existed before anything was created – even to eternity past. He did so because God (Prajapati) has always existed in eternity past, and being his ‘image’ Jesus (Yeshu Satsang) would also have always existed.

The Sacrifice from creation of the world – the Genesis of everything

But not only has he existed from eternity past, the Rsi (prophet) John in a vision of heaven saw this Jesus (Yeshu Satsang) depicted as

“…  the Lamb that was slain from the creation of the world” (Revelation 13:8)

Is this a contradiction?  Was not Jesus (Yeshu Satsang) slain in 33 AD?  If he was slain then, how could he also be slain ‘from the creation of the world’?  It is in this paradox that we see that the Purusasukta and the Veda Pusthakan are describing the same thing.  We saw that the Purusasukta says that the sacrifice of Purusa was in ‘the beginning’.  Joseph Padinjarekara in his book Christ in the Vedas indicates that the Sanskrit commentary on the Purusasukta tells us that this sacrifice of Purusa in the beginning was ‘in the heart of God’ (he translated this as the meaning of the Sanskrit ‘Manasayagam’).  He also references the Sanskrit scholar NJ Shende as saying that this sacrifice in the beginning was a “mental or symbolic one” (NJ Shende. The Purusasukta (RV 10-90) in Vedic Literature (Publications of the Centre of Advanced Study in Sanskrit, University of Poona) 1965.

So now the mystery of the Purusasukta becomes clear.  Purusa was God and the Image of God from eternity Past.  He was before anything else.  He is firstborn of all.  God, in his omniscience, knew that the creation of mankind would necessitate a sacrifice – which would require all that he could provide – the incarnation of Purusa into the world to be sacrificed as a washing or cleansing from sin.  It was at this point that God had to decide whether to go ahead with creation of the universe and mankind or not.  In that decision Purusa decided to be willing to be sacrificed, and the creation went ahead.  So mentally, or in the heart of God, Purusa was ‘slain from the creation of the world” as the Veda Pusthakan declares.

Once that decision was made – before time even began – God (Prajapati – The Lord of all creation) set about creating time, the universe and mankind. Thus the willing sacrifice of Purusa caused ‘the universe to be born’ (verse 5), the moon, sun, lightning and rain (v 13) to be made, and even time itself (spring, summer and autumn mentioned in v 6) to begin.  Purusa was firstborn over all this.

Who are the ‘gods’ that sacrificed Purusa?

But one puzzle remains.  Purusasukta verse 6 says that the ‘gods’ (devas) sacrificed Purusa?  Who are these gods?  Veda Pusthakan (The Bible) explains it.  One of the Rsis, David, wrote a sacred hymn in 1000 BC that revealed how God (Prajapati) spoke of men and women:

Jesus answered them, “Is it not written in your Law, ‘I have said you are gods’? 35 If he called them ‘gods,’ to whom the word of God came—and the Scripture cannot be broken— 36 what about the one whom the Father set apart as his very own and sent into the world? (John 10:34-36)

For he chose us in him before the creation of the world to be holy and blameless in his sight. In love he predestined us to be adopted as his sons through Jesus Christ, in accordance with his pleasure and will (Ephesians 1:4-5)

When Prajapati-Purusa made the decision before the creation of the world to offer Purusa as the perfect sacrifice, God also chose people.  What did he chose them for?  It says very clearly he chose us to be his ‘sons’.

In other words, the Veda Pusthakan (The Bible) declares that men and women were chosen when God chose to fully give Himself in the perfect sacrifice to become children of God through this sacrifice.  In that full sense we are said to be ‘gods’.  This is true for those whom (as Yeshu Satsang declared above) to those ‘to whom the Word of God came’ – to those who accept His Word.  In that sense it was the needs of the future sons of god that bound Purusa to his sacrifice.  As Purusasukta verse 6 says ‘The gods performed a sacrifice with Purusa as the oblation’.  Purusa’s sacrifice was our cleansing.

The Sacrifice of Purusa – the way to heaven

So we see in the wisdom of the ancient Purusasukta and the Veda Pusthakam the plan of God revealed.  It is an awesome plan – one that we could not have imagined.  It is also very important for us because as the Purusasukta concludes in the 16th verse

A sage is a ‘wise’ person. And it is truly a wise thing to yearn for obtaining heaven.  This is not out of our reach.  It is not impossible.  It is not only for the most ascetic of holy men who through extreme discipline and meditation achieve moksha.  It is not only for gurus.  On the contrary it was a way provided for by Purusa himself in his incarnation as Jesus Christ (Yeshu Satsang).

The sacrifice of Purusa – No other way to heaven

No other way is known to reach eternal life (deathlessness)!  Surely it is wise to study the matter a bit more thoroughly.  Thus far we have jumped around through the Veda Pusthakam (The Bible) showing how it tells an overarching story of God, mankind and reality that echoes with the story told in Purusasukta.  But we have not looked at this story in detail or in order. So, we invite you to explore along with us in the Veda Pusthakam, starting at the beginning, learning about the creation, what happened that required this sacrifice of Purusa, what happened to the world that brought about the flood of Manu (Noah in Veda Pusthakan) and how the nations of the world learned and preserved the promise of the Perfect sacrifice that would free them from death and grant eternal life in Heaven.  Surely that is something worth learning and living for.

4 thoughts on “Sacrifice of Purusa: The Genesis of all things”