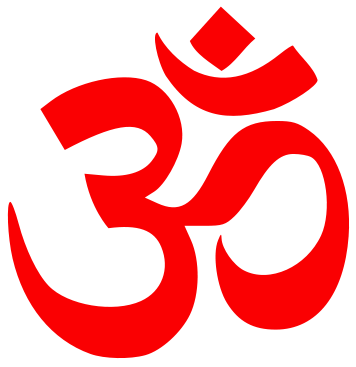 How important is it to be ritually clean?  To maintain suddhata and avoid asuddhata?  Many of us work hard to avoid or minimize the various forms of asuddhata, like choyachuyi, mutual touching between people that passes impurity from one to another.  Many also avoid eto, another form of asuddhata where impurity arises in the food we eat because of the asuddhata of the one who prepared the food.

When you reflect on it, we can expend much effort to properly follow precepts.  After birth of a child, the mother should follow the prescribed rules of sutak, which involves social distancing for a longer time period.  After birth the jachcha (the new mother) is considered unclean in some traditions for over a month.  Only through a purification process (sor) involving baths and massages, will the mother be considered clean again. Apart from birth, the woman’s monthly menstrual period is usually seen as making her unclean so she should regain cleanness through ritual purification also.  Before marriage or before fire offerings (homa or yajna), in order to maintain cleanness many people will perform ritual purification called punyahavachanam, where mantras are chanted and people are sprinkled with water.

Whether it is the food we eat, the things or people we touch, or our bodily functions, there are many ways we can become unclean. Therefore many work hard to maintain suddhata.  This is why the ritual rites of passage, known as samskara (or sanskara), were given – to progress through life properly with suddhata.

The Gautama Dharmasutra is one of the oldest sanskrit dharmasutras. It lists 40 external samskaras (like ritual cleanings after birth) but also eight inner samskaras we must practice to maintain purity.  They are:

Compassion towards all creatures, patience, lack of envy, purity, tranquillity, having a positive disposition, generosity, and lack of possessiveness.

We saw how the words of Jesus had power teach with authority, to heal people, and command nature.   Jesus also spoke to get us to think about our inner suddhata, and not just the outer.  Though we can only see the outside cleanliness of other people, for God it is different – He also sees the inner.  When one of the kings of Israel maintained external suddhata, but did not keep his inner heart clean, his guru brought this message recorded in the Bible:

For the eyes of the Lord range throughout the earth to strengthen those whose hearts are fully committed to him.

Inner cleanliness has to do with our ‘hearts’ – the ‘you’ that thinks, feels, decides, submits or disobeys, and controls the tongue.  Only with inner suddhata will our samskaras be effective.  So Jesus emphasized this in his teaching by contrasting it with outer cleanliness. Here the Gospel records of his teachings about inner suddhata:

Clean the Inside as well as the Outside

37 When Jesus had finished speaking, a Pharisee invited him to eat with him; so he went in and reclined at the table. 38 But the Pharisee was surprised when he noticed that Jesus did not first wash before the meal.

39 Then the Lord said to him, ‘Now then, you Pharisees clean the outside of the cup and dish, but inside you are full of greed and wickedness. 40 You foolish people! Did not the one who made the outside make the inside also? 41 But now as for what is inside you – be generous to the poor, and everything will be clean for you.

42 ‘Woe to you Pharisees, because you give God a tenth of your mint, rue and all other kinds of garden herbs, but you neglect justice and the love of God. You should have practised the latter without leaving the former undone.

43 ‘Woe to you Pharisees, because you love the most important seats in the synagogues and respectful greetings in the market-places.

44 ‘Woe to you, because you are like unmarked graves, which people walk over without knowing it.’

52 ‘Woe to you experts in the law, because you have taken away the key to knowledge. You yourselves have not entered, and you have hindered those who were entering.’

(‘Pharisees’ were the Jewish teachers, similar to swamis or pandits.  Jesus mentions giving a ‘tenth’ to God.  This was the giving of religious alms)

In the following teaching, Jesus quotes from the prophet Isaiah who lived 750 BC.

Then some Pharisees and teachers of the law came to Jesus from Jerusalem and asked, 2 ‘Why do your disciples break the tradition of the elders? They don’t wash their hands before they eat!’

8 ‘“These people honour me with their lips,
but their hearts are far from me.
9 They worship me in vain;
their teachings are merely human rules.”’

10 Jesus called the crowd to him and said, ‘Listen and understand. 11 What goes into someone’s mouth does not defile them, but what comes out of their mouth, that is what defiles them.’

12 Then the disciples came to him and asked, ‘Do you know that the Pharisees were offended when they heard this?’

13 He replied, ‘Every plant that my heavenly Father has not planted will be pulled up by the roots. 14 Leave them; they are blind guides. If the blind lead the blind, both will fall into a pit.’

16 ‘Are you still so dull?’ Jesus asked them. 17 ‘Don’t you see that whatever enters the mouth goes into the stomach and then out of the body? 18 But the things that come out of a person’s mouth come from the heart, and these defile them. 19 For out of the heart come evil thoughts – murder, adultery, sexual immorality, theft, false testimony, slander. 20 These are what defile a person; but eating with unwashed hands does not defile them.’

It is what comes out of our hearts that make us unclean. Jesus’ list of unclean thoughts are almost the exact opposite of the list of clean thoughts listed in the Gautama Dharmasutra. Thus they teach the same.

Beautiful on the Outside but on the Inside full of wickedness

23 ‘Woe to you, teachers of the law and Pharisees, you hypocrites! You give a tenth of your spices – mint, dill and cumin. But you have neglected the more important matters of the law – justice, mercy and faithfulness. You should have practised the latter, without neglecting the former. 24 You blind guides! You strain out a gnat but swallow a camel.

Jesus is stating what we all have seen.  Following outward cleanliness can be quite common amongst the religious, but many are still full of greed and indulgence on the inside – even those who are religiously important.  Obtaining inner cleanliness is necessary – but it is much harder.

Jesus taught much the same as the Gautama Dharmasutra, which states just after listing the eight inner sanskaras:

So the issue is raised.  How do we clean our hearts so that we can enter the Kingdom of Heaven – union with Brahman?  We continue through the gospel to learn about Dvija.