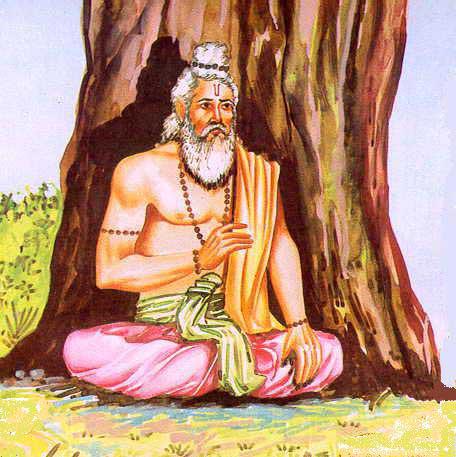 The birth of Jesus (Yeshu Satsang) is the reason behind probably the most widely celebrated global holiday – Christmas.  Though many know about Christmas, fewer know Jesus’ birth from the gospels.  This birth story is far better than modern-day Christmas with Santas and gifts, and so is worth knowing.

A helpful way to learn about Jesus’ birth in the Bible is to compare it with Krishna’s birth since there are many similarities between these two stories.

The Birth of Krishna

Various scriptures give different details of Krishna’s birth.  In the Harivamsa, Vishnu is informed that the demon Kalanemin was re-born as the wicked King Kamsa. Deciding to destroy Kamsa, Vishnu incarnates to be born as Krishna into the house of Vasudeva (a former sage re-born as a cowherd) and his wife Devaki.

On earth, the Kamsa-Krishna conflict started by prophecy when a voice from the sky announced to Kamsa foretelling that Devaki’s son would kill Kamsa. So Kamsa was fearful of Devaki’s offspring, and imprisoned her and her family, murdering her children as they were born to not miss striking Vishnu’s avatar.

However, Krishna was born to Devaki and, according to Vaishnava devotees, at the instant of his birth there was an atmosphere of prosperity and peace as the planets automatically adjusted for his birth.

The Puranas then describe the escape of Vasudeva (Krishna’s earthly father) to save his newborn from being destroyed by Kamsa. Leaving the prison where he and Devaki had been confined by the wicked king, Vasudeva escaped with the baby across a river.  Once safe in a village the Krishna baby was interchanged with a local baby girl. Kamsa later found the exchanged baby girl and killed her. Oblivious to the exchange of babies, Nanda and Yasoda (the baby girl’s parents) raised Krishna as their own humble cowherd.  The day of Krishna’s birth is celebrated as Krishna Janmashtami.

As prophesied to Kamsa that a son of Devaki would kill him, the Hebrew sages received prophecies concerning the coming Messiah/Christ.  However, these prophecies were received and written down by many prophets, hundreds of years prior to Jesus’ birth.  The timeline shows many prophets of the Hebrew Vedas, indicating when their prophecies were revealed and recorded.  They foresaw the coming one like a shoot from a dead stump and prophesied his name – Jesus.

Isaiah recorded another remarkable prophecy concerning the nature of the birth of this coming person.  As written:

Therefore the Lord himself will give you a sign: The virgin will conceive and give birth to a son, and will call him Immanuel.

This puzzled the ancient Hebrews.  How could a virgin have a son?  That was impossible.  However the prophecy predicted this son would be Immanuel, meaning ‘God with us’.  If the Most High God, who created the world, was the one to be born then it was conceivable.  So the sages and the scribes who copied the Hebrew Vedas dared not remove the prophecy from the Vedas, and there it remained through the centuries, waiting for its fulfillment.

Around the same time that Isaiah prophesied the virgin birth, another prophet Micah predicted:

But you, Bethlehem Ephrathah,
though you are small among the clans of Judah,
out of you will come for me
one who will be ruler over Israel,
whose origins are from of old,
from ancient times.

From Bethlehem, the ancestral town of the great King David, would come the ruler whose origins were ‘from ancient times’ – long before his physical birth.

Birth of the Christ – Announced by Devas

For hundreds of years the Jews/Hebrews waited for these prophecies to happen.  Many gave up hope and others forgot about them, but the prophecies remained as silent witnesses anticipating the coming day.  Finally, around 5 BC a special messenger brought a puzzling message to a young woman.  As Kamsa heard a voice from the sky, this woman received a messenger from heaven, a Deva or angel named Gabriel.  The Gospel records:

In the sixth month of Elizabeth’s pregnancy, God sent the angel Gabriel to Nazareth, a town in Galilee, 27 to a virgin pledged to be married to a man named Joseph, a descendant of David. The virgin’s name was Mary. 28 The angel went to her and said, “Greetings, you who are highly favored! The Lord is with you.”

29 Mary was greatly troubled at his words and wondered what kind of greeting this might be. 30 But the angel said to her, “Do not be afraid, Mary; you have found favor with God. 31 You will conceive and give birth to a son, and you are to call him Jesus. 32 He will be great and will be called the Son of the Most High. The Lord God will give him the throne of his father David, 33 and he will reign over Jacob’s descendants forever; his kingdom will never end.”

35 The angel answered, “The Holy Spirit will come on you, and the power of the Most High will overshadow you. So the holy one to be born will be called the Son of God. 36 Even Elizabeth your relative is going to have a child in her old age, and she who was said to be unable to conceive is in her sixth month. 37 For no word from God will ever fail.”

38 “I am the Lord’s servant,” Mary answered. “May your word to me be fulfilled.” Then the angel left her.

Nine months after Gabriel’s message, Jesus would be born to Mary the virgin, fulfilling Isaiah’s prophecy.  But Micah had prophesied the birth would be in Bethlehem, and Mary lived in Nazareth.  Would Micah’s prophecy fail?  The Gospel continues:

In those days Caesar Augustus issued a decree that a census should be taken of the entire Roman world. 2 (This was the first census that took place while Quirinius was governor of Syria.) 3 And everyone went to their own town to register.

4 So Joseph also went up from the town of Nazareth in Galilee to Judea, to Bethlehem the town of David, because he belonged to the house and line of David. 5 He went there to register with Mary, who was pledged to be married to him and was expecting a child. 6 While they were there, the time came for the baby to be born, 7 and she gave birth to her firstborn, a son. She wrapped him in cloths and placed him in a manger, because there was no guest room available for them.

8 And there were shepherds living out in the fields nearby, keeping watch over their flocks at night. 9 An angel of the Lord appeared to them, and the glory of the Lord shone around them, and they were terrified. 10 But the angel said to them, “Do not be afraid. I bring you good news that will cause great joy for all the people. 11 Today in the town of David a Savior has been born to you; he is the Messiah, the Lord. 12 This will be a sign to you: You will find a baby wrapped in cloths and lying in a manger.”

13 Suddenly a great company of the heavenly host appeared with the angel, praising God and saying,

14 “Glory to God in the highest heaven,
and on earth peace to those on whom his favor rests.”

15 When the angels had left them and gone into heaven, the shepherds said to one another, “Let’s go to Bethlehem and see this thing that has happened, which the Lord has told us about.”

16 So they hurried off and found Mary and Joseph, and the baby, who was lying in the manger. 17 When they had seen him, they spread the word concerning what had been told them about this child, 18 and all who heard it were amazed at what the shepherds said to them. 19 But Mary treasured up all these things and pondered them in her heart. 20 The shepherds returned, glorifying and praising God for all the things they had heard and seen, which were just as they had been told.

The world’s most powerful person, the Roman Emperor himself, issued an imperial decree causing Mary & Joseph to travel from Nazareth to Bethlehem, arriving just in time for the birth of Jesus.  Micah’s prophecy was also fulfilled.

Like Krishna as a humble cowherd, Jesus was born into lowliness – in the stable where cows and other animals were kept, and he was visited by humble shepherds.  Yet the angels or devas of heaven still sung about his birth.

After Jesus was born in Bethlehem in Judea, during the time of King Herod, Magi from the east came to Jerusalem 2 and asked, “Where is the one who has been born king of the Jews? We saw his star when it rose and have come to worship him.”

3 When King Herod heard this he was disturbed, and all Jerusalem with him. 4 When he had called together all the people’s chief priests and teachers of the law, he asked them where the Messiah was to be born. 5 “In Bethlehem in Judea,” they replied, “for this is what the prophet has written:

6 “‘But you, Bethlehem, in the land of Judah,
are by no means least among the rulers of Judah;
for out of you will come a ruler
who will shepherd my people Israel.”

7 Then Herod called the Magi secretly and found out from them the exact time the star had appeared. 8 He sent them to Bethlehem and said, “Go and search carefully for the child. As soon as you find him, report to me, so that I too may go and worship him.”

9 After they had heard the king, they went on their way, and the star they had seen when it rose went ahead of them until it stopped over the place where the child was. 10 When they saw the star, they were overjoyed. 11 On coming to the house, they saw the child with his mother Mary, and they bowed down and worshiped him. Then they opened their treasures and presented him with gifts of gold, frankincense and myrrh. 12 And having been warned in a dream not to go back to Herod, they returned to their country by another route.

13 When they had gone, an angel of the Lord appeared to Joseph in a dream. “Get up,” he said, “take the child and his mother and escape to Egypt. Stay there until I tell you, for Herod is going to search for the child to kill him.”

14 So he got up, took the child and his mother during the night and left for Egypt, 15 where he stayed until the death of Herod. And so was fulfilled what the Lord had said through the prophet: “Out of Egypt I called my son.”

16 When Herod realized that he had been outwitted by the Magi, he was furious, and he gave orders to kill all the boys in Bethlehem and its vicinity who were two years old and under, in accordance with the time he had learned from the Magi. 17 Then what was said through the prophet Jeremiah was fulfilled:

18 “A voice is heard in Ramah,
weeping and great mourning,
Rachel weeping for her children
and refusing to be comforted,
because they are no more.”

The births of Jesus and Krishna share much in common.  Krishna is remembered as an incarnation of Vishnu.  As Logos, Jesus birth was the Incarnation of the Most High God, Creator of the world.  Both births were preceded by prophecies, utilized heavenly messengers, and were threatened by evil kings opposed to their coming.

But what was the purpose behind the elaborate birth of Jesus?  Why had he come?  From the beginning of human history, the Most High God declared He would meet our deepest needs.  As Krishna came to destroy Kalanemin, Jesus came to destroy his enemy, the one holding us prisoner.  We learn how this unfolds, and what it means for us today, as we continue to explore Jesus’ life revealed in the Gospels.