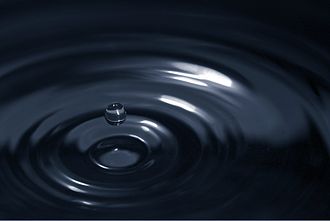 Lord Brahma is the common name identifying the Creator of the Universe.  In the ancient Rg Veda (1500 BC) Prajapati was typically used for the Creator but in the Puranas this was replaced with Lord Brahma.  In today’s usage, Lord Brahma, as Creator, is one of the three aspects of the Divine Trimurti (Tri-Une God), along with Vishnu, (Preserver) and Shiva (Destroyer). Isvara (Ishvara) is synonymous with Brahma as it also denotes the High Spirit that caused Creation.

Though it is a primary goal to understand Brahma, in practice this is elusive.  In terms of bhakti and pujas, Shiva and Vishnu, along with their consorts and avatars receive much more attention than Lord Brahma.  We can quickly name avatars and consorts for Shiva and Vishnu, but for Brahma we fumble.

Brahma, Brahman or Isvara, though Creator, seems far-removed and inaccessible from us who struggle with sins, darkness, and attachment to the temporary.  Though Brahma is the source of all, and we need to return to this source, our ability to grasp this Divine principle seems unreachable.  So we usually focus our devotion on deities that seem more human, closer to us, and can respond to us. We speculate from a distance on the nature of Brahman. In practice, Brahma is an unknown God, with Brahma statues relatively rare.

Part of that speculation revolves around the relationship of the soul (the Atman) with the Divine (Brahman).  Various sages have raised different schools of thought on this question.  In this sense, the study of psychology, our soul or Atman, is related to theology, the study of God or Brahman.  Though diverse thought exists, because we cannot examine God in a scientific way, and because God is distant, the wisest of philosophies is mostly a groping in the dark.

This inability to connect with the distant Divine Creator was recognized in the wider ancient world.  The ancient Greeks used the term Logos to describe the Principle or Cause by which the world came about, and their writings discussed Logos.  The word logic derives from logos, and all branches of study with the suffix –logy (ex. theology, psychology, biology etc.) derive from Logos.  Logos is equivalent to Brahma or The Brahman.

The Hebrew Vedas describe the Creator’s dealings with the Hebrews (or Jews) starting with Sri Abraham, the progenitor of their nation, to Sri Moses who received the Ten Commands.  In their history, like us, the Hebrews felt that the Creator was removed from them, and so were drawn to worship other deities that seemed closer and more personal.  So the Hebrew Vedas often called the Creator The Most High God to distinguish from these other gods.  We hypothesized that the transition from Prajapati to Brahma was facilitated by the Israelites arriving in exile to India ca 700 BC, as this God was denoted by their progenitor, Abraham, and the God associated with him became (A)braham.

Since we cannot see Brahma with our senses, nor fathom the nature of our soul Atman, let alone God Brahman with our minds, the only way to gain sure knowledge is for Brahma to reveal himself to us.

The Gospels present Jesus (Yeshu Satsang) as this incarnation of The Creator, or The Most High God, Brahman or Logos.  He came to our world precisely because of these limitations felt by all people through time and across cultures.  This is how the Gospel of John introduces Jesus.  Where we read Word is the same Logos translated from the original Greek text.  Word/Logos was used so we would understand that a national deity is not being discussed, but the Principle or Cause from which all has derived.  You can substitute Brahman wherever Word appears and the message of this text will not change.

6 There was a man sent from God whose name was John. 7 He came as a witness to testify concerning that light, so that through him all might believe. 8 He himself was not the light; he came only as a witness to the light.

9 The true light that gives light to everyone was coming into the world. 10 He was in the world, and though the world was made through him, the world did not recognize him. 11 He came to that which was his own, but his own did not receive him. 12 Yet to all who did receive him, to those who believed in his name, he gave the right to become children of God— 13 children born not of natural descent, nor of human decision or a husband’s will, but born of God.

14 The Word became flesh and made his dwelling among us. We have seen his glory, the glory of the one and only Son, who came from the Father, full of grace and truth.

15 (John testified concerning him. He cried out, saying, “This is the one I spoke about when I said, ‘He who comes after me has surpassed me because he was before me.’”) 16 Out of his fullness we have all received grace in place of grace already given. 17 For the law was given through Moses; grace and truth came through Jesus Christ. 18 No one has ever seen God, but the one and only Son, who is himself God and is in closest relationship with the Father, has made him known.

The Gospels proceed to paint a complete account of Jesus so we can understand who he is, what his mission is, and what this means for us. (‘John’ in the passage is explained here.) Since the Gospel introduces Jesus as the Logos of God we know it was not written only for Christians but as a universal writing to all who want to understand God, or Brahman, more tangibly and also understand themselves better.  Since logos is embedded in the very terms theology and psychology and since ‘no one has ever seen God’, what better way can there be to understand our soul (atman) and God (Brahman) then in considering the person of Jesus?  He lived, walked and taught in verifiable history.  We begin with his birth, recorded in the gospels as the event through which ‘The Word became flesh’.