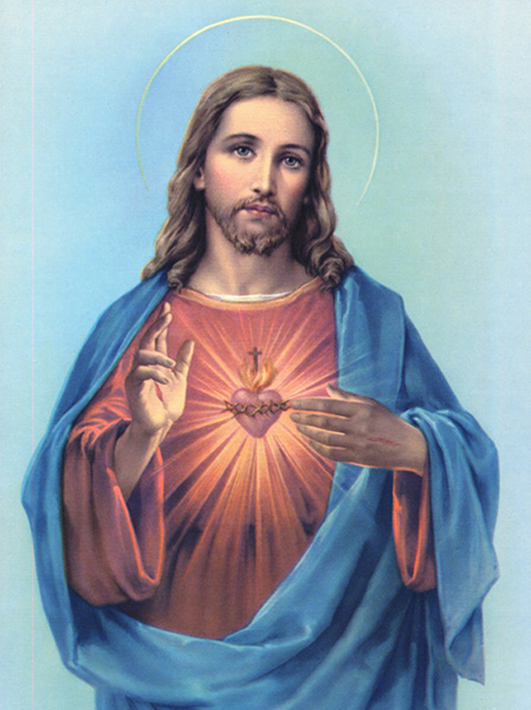 A dharmic life divides into four asramas (ashramas).  Asramas/ashramas are goals, contributions and activities appropriate for one’s stage of life.  This division of life into stages, ashrama dharma, matches the body, mind and emotions going through four progressive stages. It was developed millennia ago and detailed in scriptures known as Dharma Shastras, highlighting that our duties differ as we progress from youth, to adulthood, senior years and old age.

Jesus, as the incarnation of the Most High God, shortly after his birth, began asrama dharma.  How he did so is instructive since he provides an example to follow as we seek to live appropriately for our asramas. We start with Brahmacharya, where we find milestones such as Upanayana and Vidyarambham.

The student asrama, brahmacharya, comes first.  In this period the student lives in celibacy to learn and prepare him/herself for future service which later asramas require.  Jesus entered brahmacharya through a Hebrew initiation ceremony similar to Upanayana of today, though somewhat different.  The gospels record his Upanayana like this.

25 Now there was a man in Jerusalem called Simeon, who was righteous and devout. He was waiting for the consolation of Israel, and the Holy Spirit was on him. 26 It had been revealed to him by the Holy Spirit that he would not die before he had seen the Lord’s Messiah. 27 Moved by the Spirit, he went into the temple courts. When the parents brought in the child Jesus to do for him what the custom of the Law required, 28 Simeon took him in his arms and praised God, saying:

29 “Sovereign Lord, as you have promised,
you may now dismiss your servant in peace.
30 For my eyes have seen your salvation,
31     which you have prepared in the sight of all nations:
32 a light for revelation to the Gentiles,
and the glory of your people Israel.”

33 The child’s father and mother marveled at what was said about him. 34 Then Simeon blessed them and said to Mary, his mother: “This child is destined to cause the falling and rising of many in Israel, and to be a sign that will be spoken against, 35 so that the thoughts of many hearts will be revealed. And a sword will pierce your own soul too.”

36 There was also a prophet, Anna, the daughter of Penuel, of the tribe of Asher. She was very old; she had lived with her husband seven years after her marriage, 37 and then was a widow until she was eighty-four. She never left the temple but worshiped night and day, fasting and praying. 38 Coming up to them at that very moment, she gave thanks to God and spoke about the child to all who were looking forward to the redemption of Jerusalem.

39 When Joseph and Mary had done everything required by the Law of the Lord, they returned to Galilee to their own town of Nazareth. 40 And the child grew and became strong; he was filled with wisdom, and the grace of God was on him.

But to fulfill this role Jesus needed to be initiated into knowledge and letters. Exactly when this Vidyarambham initiation occurred in his life is not specified. But that his family valued and emphasized knowledge, letters and learning is clear because a snapshot of his state of knowledge as a 12-year old is given. Here is the record:

41 Every year Jesus’ parents went to Jerusalem for the Festival of the Passover. 42 When he was twelve years old, they went up to the festival, according to the custom. 43 After the festival was over, while his parents were returning home, the boy Jesus stayed behind in Jerusalem, but they were unaware of it. 44 Thinking he was in their company, they traveled on for a day. Then they began looking for him among their relatives and friends. 45 When they did not find him, they went back to Jerusalem to look for him. 46 After three days they found him in the temple courts, sitting among the teachers, listening to them and asking them questions. 47 Everyone who heard him was amazed at his understanding and his answers. 48 When his parents saw him, they were astonished. His mother said to him, “Son, why have you treated us like this? Your father and I have been anxiously searching for you.”

49 “Why were you searching for me?” he asked. “Didn’t you know I had to be in my Father’s house?” 50 But they did not understand what he was saying to them.

51 Then he went down to Nazareth with them and was obedient to them. But his mother treasured all these things in her heart. 52 And Jesus grew in wisdom and stature, and in favor with God and man.

The childhood and growth of Jesus, as preparation for his later service was foreseen by the sage Isaiah who wrote:

The people walking in darkness
have seen a great light;
on those living in the land of deep darkness
a light has dawned…

For to us a child is born,
to us a son is given,
and the government will be on his shoulders.
And he will be called
Wonderful Counselor, Mighty God,
Everlasting Father, Prince of Peace.

Brahmacharya completion is often celebrated by Snana or Samavartana.  This is usually marked by a ritual bath in the presence of teachers and guests.  Jesus celebrated Samavartana through John the Baptist, who would bathe people in the river in a ritual called baptism.  Mark’s Gospel (one of the four Bible Gospels) begins with the Snana of Jesus:

The beginning of the good news about Jesus the Messiah, the Son of God, 2 as it is written in Isaiah the prophet:

“I will send my messenger ahead of you,
who will prepare your way”—
3 “a voice of one calling in the wilderness,
‘Prepare the way for the Lord,
make straight paths for him.’”

4 And so John the Baptist appeared in the wilderness, preaching a baptism of repentance for the forgiveness of sins. 5 The whole Judean countryside and all the people of Jerusalem went out to him. Confessing their sins, they were baptized by him in the Jordan River. 6 John wore clothing made of camel’s hair, with a leather belt around his waist, and he ate locusts and wild honey. 7 And this was his message: “After me comes the one more powerful than I, the straps of whose sandals I am not worthy to stoop down and untie. 8 I baptize you with water, but he will baptize you with the Holy Spirit.”

9 At that time Jesus came from Nazareth in Galilee and was baptized by John in the Jordan. 10 Just as Jesus was coming up out of the water, he saw heaven being torn open and the Spirit descending on him like a dove. 11 And a voice came from heaven: “You are my Son, whom I love; with you I am well pleased.”

Normally the Grihastha, or householder, asrama follows Brahmacharya asrama, though some ascetics skip Grihastha asrama and go directly to Sannyasa (renunciation).  Jesus did neither.  Because of his unique mission he postponed Grihastha until later.  In later Grihastha asrama he would take a bride and children, but of a different nature.  Physical marriages and children symbolize his mystical marriage and family.  As the Bible explains about his bride:

Let us rejoice and be glad and give him glory! For the wedding of the Lamb has come, and his bride has made herself ready.

With Abraham and Moses Jesus was called ‘The Lamb’.  This Lamb will marry a bride, but she was not ready when he completed Brahmacharya.  In fact, his life mission was to make her ready.  Some speculate that because Jesus postponed Grihastha, he was against marriage. But the first activity he participated in as Sannyasan was a wedding.

In order to bring forth children he first had to:

In bringing many sons and daughters to glory, it was fitting that God, for whom and through whom everything exists, should make the pioneer of their salvation perfect through what he suffered.

The ‘pioneer of their salvation’ refers to Jesus, and before children he first had to go through ‘suffering’.  So, after the Snana of his baptism he went directly to Vanaprastha (forest-dweller) where he was in the wilderness suffering temptation, detailed here.

Immediately after Vanaprastha in the wilderness, Jesus renounced all physical ties and began his life as a wandering teacher.  Jesus’ sannyasa asrama is most well-known.  The Gospels describe his sannyasa like this:

Jesus went throughout Galilee, teaching in their synagogues, proclaiming the good news of the kingdom, and healing every disease and sickness among the people.

During this time he mostly travelled from village to village, even outside his own Hebrew/Jewish people.  He described his Sannyasa life as:

18 When Jesus saw the crowd around him, he gave orders to cross to the other side of the lake. 19 Then a teacher of the law came to him and said, “Teacher, I will follow you wherever you go.”

20 Jesus replied, “Foxes have dens and birds have nests, but the Son of Man has no place to lay his head.”

He, the Son of Man, had no place to live, and those who followed him should expect the same.  The Gospels also explain how he was supported financially in Sannyasa

After this, Jesus traveled about from one town and village to another, proclaiming the good news of the kingdom of God. The Twelve were with him, 2 and also some women who had been cured of evil spirits and diseases: Mary (called Magdalene) from whom seven demons had come out; 3 Joanna the wife of Chuza, the manager of Herod’s household; Susanna; and many others. These women were helping to support them out of their own means.

Sannyasa is typically marked by wandering with only one’s staff.  Jesus taught his disciples this while he was guiding them to follow him.  These were his instructions:

Then Jesus went around teaching from village to village. 7 Calling the Twelve to him, he began to send them out two by two and gave them authority over impure spirits.

8 These were his instructions: “Take nothing for the journey except a staff—no bread, no bag, no money in your belts. 9 Wear sandals but not an extra shirt. 10 Whenever you enter a house, stay there until you leave that town.

Jesus’ sannyasa asrama was a turning point in history.  In this period he became a guru whose teachings influenced the world, many powerful people (like Mahatma Gandhi), and also giving insights giving clarity to you, me and all peoples.  We learn the guidance, teaching and gift of life he offered to all during his sannyasa asrama later, but first we look at the teaching of John (the one who administered snana).